Are you looking for a great place to grab a beer in Wood Dale? We’ve got you covered! Our selection of brews includes craft beers, domestic beers, and imported beers. Confused yet? Don’t worry. In this blog, we are going to cover the difference between these three different classes of beers.

Craft beer is the sensation that has been sweeping the nation in the past decade or so. There are now craft breweries all across the nation pumping out delicious and unique beers. There is no official criteria that a brewery must meet to label themselves as “craft,” but most people consider any brewery that produces six million barrels or less per year to fit the bill. Craft breweries are also independently owned. Below are some craft breweries you might be familiar with: 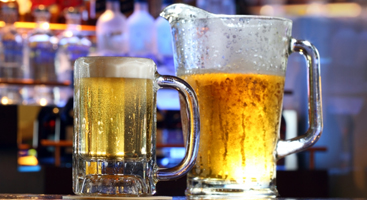 Domestic beers are any beers that are brewed in the U.S. What distinguishes them from craft brews is that they are made by one of the major high volume American brewers. The beers in this class are the classics that many people will think of when you mention American beer. Below is a short list of some of these brands:

Finally, import beers are simply any beer that is not created in the U.S. Here are a few of the most recognizable examples:

As you can see, understanding the differences between these three different types of beers is not terribly difficult. While many may argue over which is best, there are delicious varieties of craft, domestic, and import beers to please even the toughest beer critic! No matter what style you prefer, we have a great selection to quench your thirst the next time you are in the neighborhood. Stop by today and our bartenders can serve up the perfect brew, whatever the occasion.