At Crossroads Tavern & Eatery in Wood Dale, we believe a great sports bar should have three things: beer on tap, a television on the wall and a menu that offers delicious buffalo wings. While we sure do love ice cold beer and a good football game, nothing ties a relaxing Sunday together like amazing buffalo wings. While there are various versions of the origin of buffalo wings on the internet, below is a summary of their inception into mainstream culture. 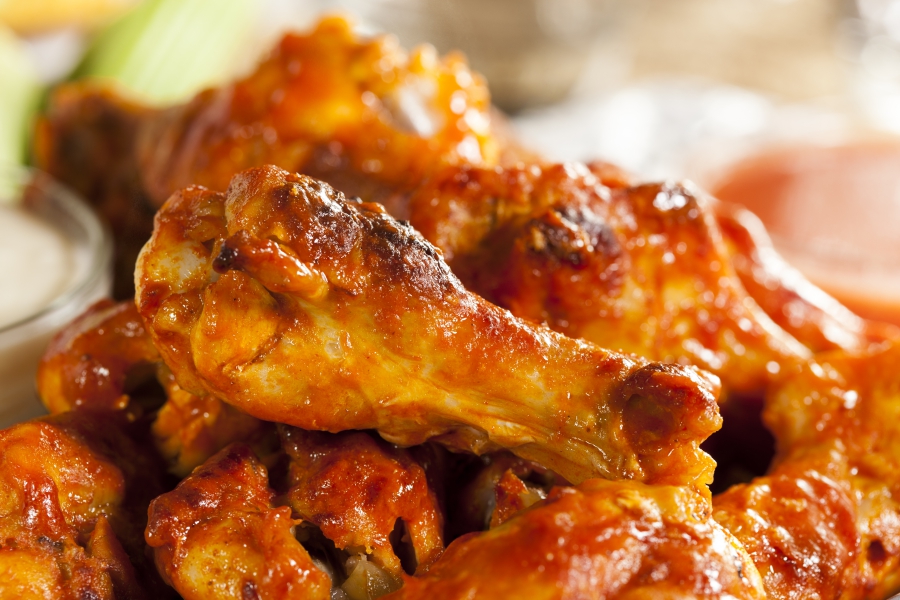 The origin of buffalo wings dates back to 1964 at a family-owned bar in Buffalo called the Anchor Bar. As it turns out, the bar had accidentally received a shipment of wings, instead of the anticipated order of other chicken parts, and the staff didn’t know what to do with them. According to ancient legend, buffalo wings were the brainchild of Teressa Bellissimo, who slathered them in her own special sauce and would serve them with a side of blue cheese and celery, because those are the only side options she she had available at the time. Over the next several decades, buffalo wings exploded in popularity across the country and become a favorite bar and restaurant food for thousands.

In 2003, the Anchor Bar was given the James Beard Foundation Award for their quality food and timeless restuarant appeal. In the same year it also received the Quality International Award for its unique array of buffalo wing sauces.

If you’ve been craving tender, fall-off-the-bone buffalo wings, stop by Crossroads Tavern & Eatery in Wood Dale. We offer a large assortment of buffalo wings, from sweet and sour to honey sriracha, so you’re sure to find a new flavor you’ll love. We also offer a large selection of craft beer on tap and in bottles, so you have a refreshing beverage to wash your wings down with!